You are here > We are the Vision Foundation > Meet the team 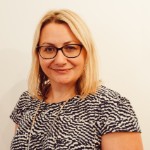 Tamsin leads our fantastic team of fundraisers, who in turn take extra special care of our network of fantastic supporters, volunteers and ambassadors. Tamsin has worked in Fundraising for over 15 years and for the last 12 years has dedicated her career to raising funds for the disability sector. Prior to joining the Vision Foundation, Tamsin led the Fundraising function at Scope and was part of the award-winning corporate partnerships teams at the British Heart Foundation and the NSPCC Childline.  In her spare time, Tamsin juggles life as a mum of three young children so fresh air, good food and a good night’s sleep is a must.

With a retail career spanning over twenty five years, Phil has held a number of senior leadership roles overseeing retail operations for premium and lifestyle brands such as ECCO, Sebago, Merrell and Hush Puppies and has focused on establishing new concepts in the UK for both domestic and international brands. As Director of Retail at Vision Foundation he provides strategic direction and leadership for our retail operations, and is passionate about building high performing teams to deliver memorable customer experiences. Out of work he enjoys spending time with his family, gardening, travelling and trying to perfect his baking with his daughter. Phil volunteers his time as a group mentor for DofE, supporting students at his children’s school to achieve their ‘Bronze’ award. 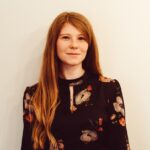 Head of Events and Community Fundraising (currently on maternity leave)

Rebecca heads up our events and community fundraising team, leading our high-profile special events, challenge event teams, thousands of community collection boxes and everything in between. Rebecca has led events for charities and not-for-profit organisations for the last 10 years and loves the buzz of event day. Prior to joining the Vision Foundation Rebecca managed the special events for Women for Women International and Sparks. Outside of work Rebecca enjoys travelling, exploring new places and countries. She also loves baking and can usually be relied upon to have a cake or two on the go! 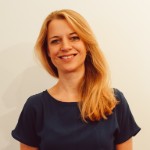 Born and raised in south London, Olivia is driven by the belief that everyone should be able to enjoy the vibrant cultural, social, and economic riches of the city she loves. As Chief Executive at the Vision Foundation, she is responsible for the strategic direction of the organisation, supporting the teams to raise significant funds and make significant noise, and ensuring that everything we do has the greatest possible impact for London’s partially sighted and blind people. Olivia was previously the Director of Fundraising at children’s mental health charity Place2Be and Head of Fundraising and Communications at autism research charity Autistica. She has volunteered widely in the sector internationally and at home, and is currently a Trustee of UK poverty charity Turn2us. Before joining the charitable sector Olivia was a researcher and lecturer in Evolutionary Biology. 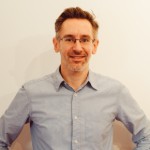 Mark manages all aspects of our communications activity from engaging with the media, managing digital channels and overseeing the production of multimedia and print materials. Mark has worked across charity communications and broadcast media for more than 20 years with a focus on fighting inequalities in society. Prior to joining the Vision Foundation Mark oversaw the comms functions for Save the Children’s UK Programmes work and lead newsrooms for the BBC and LBC. Outside of the office Mark prides himself on his sourdough bread and enjoys singing with men. 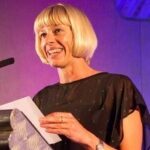 Louise heads up and manages our corporate partnerships function, and has been working in fundraising for over 8 years with a particular focus on corporate and strategic partnerships. Prior to joining the Vision Foundation Louise helped lead the new business team at Cancer Research UK, and oversaw the development and implementation of a third party event partnerships function at Save the Children UK. She enjoys volunteering in her spare time, and has volunteered with both international and UK organisations who focus on conservation and international development. She also enjoys getting out and about in the countryside and travelling. 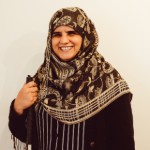 Khafsa graduated with a degree in Psychology with Sociology from Nottingham Trent University and has worked extensively in the charity sector both in a voluntary and paid capacity. Prieviously Khafsa worked as a disability Benefits Advisor for Citizens Advice and at RNIB co-ordinating engagement strategies for young people. A previous trustee and Chair for Sight Concern Bedfordshire Khafsa has also volunteered as a mentor for young people for Look UK. In her spare time Khafsa plays VI Tennis and has a keen interest in access technology and the rights of blind and partially sighted people to be treated equally. 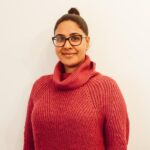 Dimple has worked in fundraising for over a decade, specialising in Charitable Trusts and Foundations. She has a BA in English Language and Communication from King’s College University of London and certificate in Fundraising Management from the Institute of Fundraising. Prior to joining the Vision Foundation Dimple managed the Trusts function at the children’s charity Starlight Children’s Foundation. Outside of the office, Dimple can be found in a hot yoga class or making soap. 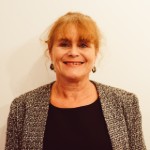 Lorraine manages our retail operation comprising twelve charity shops across London, a collections service and online shop. Lorraine’s working life has always been in retail, previously owning and managing three clothing shops and a pet store. Lorraine was prompted to join the Vision Foundation when her mother was diagnosed with macular degeneration and she slowly watched her lose her sight. Lorraine has been with the charity since 1996 growing the retail side of the organisation from a small team of just 8 volunteers to more than a hundred with a healthy financial return. In her spare time Lorraine loves spending time with her grandchildren.

Director of Finance and Resources

Olly heads the teams for Finance, HR, ICT and Facilities at Vision Foundation, as well as acting as company secretary and leading the charity’s safeguarding and risk management. He came from a background in healthcare, most recently as Head of Finance at Great Ormond Street Hospital, but also a spell working with blind and partially sighted patients at Moorfields Eye Hospital. He is also the Treasurer and a Trustee of Doorstep Library, and a School Governor at a primary school in Buckinghamshire. Out of work, he is a bibliophile, a keen hiker, and an enthusiastic wine drinker. 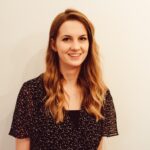 Jess provides support across all areas of the fundraising team, with particular focus on Individual Giving, Events and Community fundraising. Prior to joining the Vision Foundation, Jess completed a bachelor’s degree at the University of Winchester, specialising in English Literature. Alongside her degree, Jess worked closely with the Trusts and Individual Giving teams at Brendoncare, where she took on the role of Fundraising Assistant. In her spare time, Jess enjoys competitive swimming and has a keen interest in travelling and exploring new places with friends. 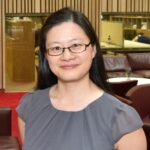 Director of Grants and Impact

Lin leads our grants and impact work, utilising experience gained over two decades of working within the grant-making sector. Prior to joining the Vision Foundation she was Deputy Chief Executive and Head of Grants at the Wolfson Foundation. She juggles work alongside mentoring young people and professionals working in the grant-making sector, and volunteering for Guide Dogs. When she has downtime, she is an escape room enthusiast and also enjoys exploring the great outdoors with her husband and two children. 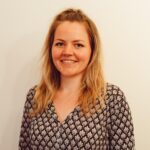 Hailing from New Zealand, Michelle has spent the past three years working and living in London. Prior to the Vision Foundation, Michelle worked in finance in the IT and Web Marketing industries for 8+ years, and is enjoying her move into the charity sector and working within our close-knit team. Outside of work you can find Michelle travelling Europe on the weekends, singing in a choir (or in the shower) and drinking anything craft beer. 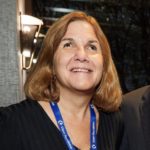 Monica has been working as a charity fundraiser for the last 13 years. Prior to joining the Vision Foundation, Monica worked at Variety, the Children’s Charity, as their Trusts and Legacies Manager and at Gingerbread, as their Trusts and Grants Manager. She is also a trustee and treasurer of Metro Blind Sport. Monica is leading the development of a £1 million Major Appeal to mark the Vision Foundation’s centenary anniversary in 2021. Monica, who is severely sight impaired, has 3 children, who have all flown the nest, and enjoys many sports – tandem cycling, sailing, swimming and blind tennis through Metro which she absolutely loves. She wants to excel in everything she does, challenge perceptions about what people believe blind people can do and be a role model for other visually impaired people.

This website uses cookies to improve your experience while you navigate through the website. Out of these, the cookies that are categorized as necessary are stored on your browser as they are essential for the working of basic functionalities of the website. We also use third-party cookies that help us analyze and understand how you use this website. These cookies will be stored in your browser only with your consent. You also have the option to opt-out of these cookies. But opting out of some of these cookies may affect your browsing experience.
Necessary Always Enabled

Any cookies that may not be particularly necessary for the website to function and is used specifically to collect user personal data via analytics, ads, other embedded contents are termed as non-necessary cookies. It is mandatory to procure user consent prior to running these cookies on your website.