Our Patron and Vice Presidents

HRH The Countess of Wessex 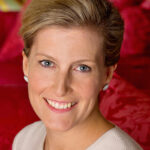 HRH The Countess of Wessex has been Vision Foundation’s Patron since 2003, taking over from the Queen Mother. The Countess started supporting eye health in 1999 and has remained an ardent supporter of initiatives, such as Vision 2020, that promote solutions for those with sight loss and eye health needs. HRH supports people with sight loss at home in the UK, across the Commonwealth and globally. 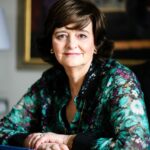 Cherie Blair is a leading barrister with over 35 years’ experience. She studied law at the London School of Economics (LSE) and is the Founder and Chair of the pioneering law firm Omnia Strategy where she focuses on cross-border dispute resolution, commercial arbitration, mediation and human rights. Cherie has represented over 30 countries as well as dozens of multinationals.

She is a strong advocate for women’s rights and in 2008 she founded the Cherie Blair Foundation for Women, to promote the financial independence of women in low and middle income countries. Since then, the Foundation has had a significant and measurable impact on the lives of more than 140,000 women entrepreneurs in 105 countries especially in Africa, the Middle East and Asia.

In 2013, she was awarded the CBE in the New Year Honours for her services to women’s issues and to charity in the UK and overseas. Cherie is also an active campaigner on equality and human rights issues and is committed to changing society so that disabled people and their families can have the same opportunities as everyone else. As such she is a long-standing supporter of the Vision Foundation and has served as Vice-President for over a decade.

Cherie has published three non-fiction books including her bestselling autobiography “Speaking for Myself”. Cherie is wife of former British Prime Minister Tony Blair and they have four children and two grandchildren. 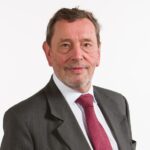 David Blunkett was awarded a peerage in the dissolution Honours List in 2015, taking the title of Lord Blunkett, of Brightside and Hillsborough in the City of Sheffield.  David was Member of Parliament for Sheffield Brightside and Hillsborough 1987-2015, and a member of Tony Blair’s Cabinet for eight years from 1997.  He served as Education and Employment Secretary, Home Secretary and Secretary of State for Work and Pensions.

He is an avid supporter of Sheffield Wednesday Football Club.

Married, with four sons and three step daughters, he enjoys the countryside, reading and good food. 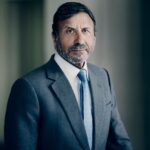 Sir Rocco Forte FCA, FIoD is one of the Vision Foundation’s longest standing Vice Presidents and is passionate about our work in saving sight and changing lives.  Sir Rocco is CEO and Chairman of Rocco Forte Hotels.  Son of the late Lord Charles Forte, Sir Rocco founded the luxury hotel company in 1996.  At present, the company operates hotels in key European destinations such as London, Edinburgh, Brussels, Florence, Rome, Sicily, Munich, Frankfurt, Berlin and St. Petersburg.   Sir Rocco was knighted in December 1994 for services to the UK tourism industry and received the highest Italian accolade, the Gran Croce dell’Ordine al Merito della Republicca Italiana, for his entrepreneurial merits and strong links with Italy in 2005.   A keen sportsman and long distance runner, Sir Rocco has completed several marathons raising significant amounts for charity. His other interests include shooting and golf. 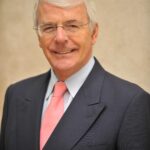 Sir John entered the House of Commons in 1979, and Government in 1983. He joined the Cabinet as Chief Secretary to the Treasury in 1987; was appointed Secretary of State for Foreign and Commonwealth Affairs in July 1989; and Chancellor of the Exchequer in October 1989.

Sir John was appointed Prime Minister on November 28, 1990 and served in that position until May 1997. As Prime Minister, Sir John focused his efforts upon securing peace in Northern Ireland and upholding Britain’s position in the world community as a political, social and economic leader. He was Prime Minister throughout the first Gulf War and, at home, instigated long-term reforms in education, health and public services.

Sir John retired from Parliament at the UK General Election in May 2001. His business interests include Senior Advisor to Credit Suisse; and Chairman of the Advisory Board of Global Infrastructure Management.  He chairs the Campaign Board of King’s London; is a Joint President of Chatham House; and Patron or President of a number of UK and international charities.

In October 2011, Sir John was appointed Chairman of The Queen Elizabeth Diamond Jubilee Trust, a Commonwealth-wide initiative which was established to create a lasting legacy to Her Majesty’s 60 years as Sovereign.

On New Year’s Day 1999, HM The Queen appointed Sir John a Companion of Honour in recognition of his initiation of the Northern Ireland Peace Process; and on St George’s Day 2005, a Knight Companion of the Most Noble Order of the Garter. In 2012, he was awarded The Grand Cordon of The Rising Sun by The Emperor of Japan.

Frances Segelman FRSA MRSS is one of the most successful professional sculptors in Britain and is well known for her sculptures of the Royal Family.

An established sculptor of personalities from the world of entertainment, politics and sport. Frances is particularly well known for her sculptures of the Royal Family. These include busts of HM The Queen, HRH The Duke of Edinburgh, HRH The Prince of Wales, HRH The Princess Royal, HRH The Duke of Kent and HRH The Countess of Wessex. Other recent commissions include Sir Simon Rattle, Dame Joan Collins, Lord Julian Fellowes, Boris Johnson and Joanna Lumley.

Often working in front of an audience, Frances is a fast and naturally creative sculptor. Inspired by Michelangelo, Frances has dedicated herself to creating bronze busts of her subjects which capture their immediacy and likeness. Her creations are realistic sculptures with a purity that invites the viewer to ponder on the face and inner thoughts that emanate from the work, the eyes, the faint lines on the skin. Her busts provide a classic vision of harmony and peace. 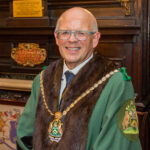 On his recent appointment as Master of The Worshipful Company of Spectacle Makers (2021-2022) Ian becomes our Honorary Vice President.

Ian Davies is an optometrist by training who, after a successful career in the international contact lens industry, now works as a vision care sector consultant and keynote speaker.

Ian is no stranger to the charity, he’s not only a long term supporter, but also sits on the Board of our Centenary Appeal. We are both privileged and grateful for his dedication and support to our centenary ambitions.

Ian is passionate about the need for eyecare in the young and better job opportunities for the visual impaired.