You are here > Support us > Centenary Appeal Board Members

The Centenary Appeal Board is made up of individuals from across London with a passion to improve the lives of people living with sight loss.

We are privileged and hugely grateful to the following people who are dedicating their time to support us and our centenary ambitions. 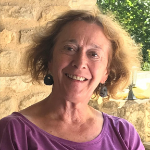 Lisa Binks is a journalist, with a career spanning a variety of media titles, including the BBC and the Financial Times. Lisa is actively involved in a number of charities at a strategic level, including chairing the Fundraising Committee at Autism Research Trust (ART), working closely with the autism charity Autistica and is a former Trustee of NACRO (National Association for the Care and Resettlement of Offenders). 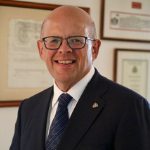 Ian Davies is an optometrist now working as an independent motivational speaker, coach and business consultant. In 1992 he joined Johnson & Johnson’s Vision Care business where he stayed for 26 years, working across multiple global functions, latterly as Vice President of Global Professional Education. He is Master of The Worshipful Company of Spectacle Makers (WCSM). 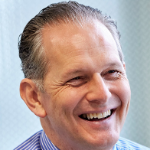 Richard joined Lincoln Pensions in 2016 and is primarily responsible for targeting and servicing corporate sponsors and trustees of all sizes with regard to their defined benefit (DB) pension scheme. His previous roles were with BDO, Swiss Re and PWC. He has also been CFO, Chairman or NED of several quoted and unquoted businesses (both through IPOs and restructurings).

David is the Executive Chair of Prospectus, a B Corp. David speaks and writes on two passions – governance and philanthropy. He is a Trustee of a Glimmer of Hope UK and Make-A-Wish UK, and Patron of Greenhouse and Social Enterprise (UK). He has served on many boards and mentors the CEOs of two beyond profit organisations. David also serves on the steering committee of the Livery Company Project and the Jane Slowey Memorial Fund. 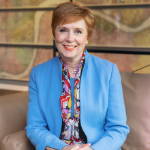 Heather spent more than 35 years in financial services with a successful track record in senior leadership roles within the (re)insurance. Heather has recently retired from her full-time executive career and now serves on boards, both as an Independent Non-Executive Director and as a Trustee, as well as continuing to act as a coach and mentor with a particular interest in Diversity and Inclusion. Heather is currently Acting Chair of Trustees for the Vision Foundation and is also Co-Chair of our Centenary Appeal Board. 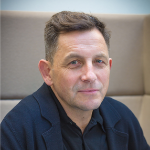 Harry has over 25 years’ experience delivering complex real estate projects in and around London.

Mariza has a BA (Honours) in International Politics and is a qualified diplomat, securities trader and securities compliance officer. She currently serves on the Board of Trustees of Merton Vision and on the London Sight Loss Council. She was nominated for the 2020 UNESCO/Emir Jaber Al Ahmad Al Jaber Al Sabah Prize for Digital Empowerment of Persons with Disabilities. Mariza is severely sight impaired and has a particular interest in alleviating the high unemployment rate for blind and partially sighted people through fundraising and creating better and equal access to digital assistive technologies. 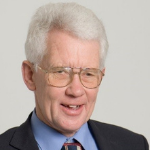 Alan Pickering has worked at the interface of pensions, business and politics for more than 40 years. He was born with an inherited and progressive sight condition and lost the majority of his sight by the age of 30. Never one to let his sight or the attitudes of others towards it become a barrier to success, Alan has become one of the biggest influencers in the world of pensions. Alan is the President of BestTrustees. 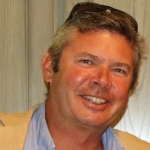 During Gavin’s 32-year career in The City, he successfully combined his knowledge and understanding of the commodity markets with his extensive global network of clients. He has held Chair and Non-Executive Director positions at Sparks/Great Ormond Street Hospital, The Maiden Factor and was a member of the Invest in Futures Committee at The Prince’s Trust for many years. 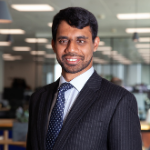 Naqi has worked at Barclays since 2019 on their Graduate Trainee Scheme. He has been blind since the age of seven and is incredibly passionate about Diversity & Inclusion, particularly in regard to disability. He sits on the Barclays’ Management team of the Colleague Disability and Mental Health Network and won a Barclays Global Diversity Award in 2018. He is a motivational speaker and has done two TDX talks. Naqi is an avid sportsman and is ranked 3rd in the world for blind tennis. He is Co-Chair of our Centenary Appeal Board.