You are here > News > Guitar lessons at Blind Independence Greenwich

Recently I had the great pleasure of meeting Danny Pickett, a guitar teacher who works with Blind Independence Greenwich. He runs the classes in a lovely room above a pub in Abbey Wood, which he has spent a lot of time and energy converting into a music room and, lately, a music studio. The project currently involves about 20 students, but with more time and resources Danny would love for it to keep growing.

The classes have given local visually impaired residents a great opportunity to learn a new skill, and to have fun while doing so. But, as Danny explains, to some students the classes often mean a lot more than simply learning the instrument: ‘I’m not only teaching them guitar, they’ve got someone to talk to, they tell me about their problems, tell me what they’d like to do, what they listen to. I never dreamt of this. I thought I’d just be teaching them guitar, but they see me as a friend, they ring me up at half past 10 at night asking for advice about the tune they’re stuck on!’

For Danny, a big inspiration for the project was his own experience with visual impairment. Many years ago, he was diagnosed with Graves disease which mean that his vision was badly impaired. However, at this time he did have one constant source of comfort: his guitar skills, which he had been working on from a young age. Fortunately Danny has undergone an operation at Moorfields Eye Hospital which restored his sight, but the trauma of losing his sight left him inspired to help others in the same predicament:

‘The one thing that really did strike home to me is that no matter how ill I was, (and some days I couldn’t even open the curtains because it was too bright), I was still able to play my guitar, it didn’t matter whether it was pitch black, sunny, raining, it didn’t matter. So these students who are visually impaired CAN still learn to play guitar.’

He contacted Blind Independence Greenwich, who invited him to play his guitar at a coffee morning. Afterwards, he was surprised to have about 20 people there come up to him and ask him to tutor him in guitar! Initially they tested a group lesson, at which 12 people were playing at once, but as Danny laughs now ‘I thought I’d be able to teach 12 students at once, it was mental, it was the nuttiest thing I’d done in my life! I decided the only way this was going to happen was 1 on 1 tuition.’ 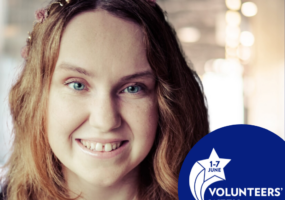