On 24th April our shops, partner charities and supporters came together to celebrate our annual fundraiser, Geranium Day.

Across London bake sales, fun days, coffee mornings and raffles were held to raise funds for GLFB. Geranium Day has been a highlight of our fundraising year since 1922, when the first collections were held throughout the capital. Our founder, Sir Arthur Pearson, came up with the idea after seeing a multitude of different organisations collecting money. He decided focusing everyone’s efforts on just one day of the year would raise more

money and shine a brighter light on the issues London’s blind and partially sighted people were facing. It was, in its own way, one of the first major fundraisers the country had seen, a bit like a Red Nose Day of its time. Over the last 97 years the day has also been a chance for organisations and individuals to pledge their support to make London the best city in the world for blind and partially sighted people to live.

This year supporters from Clarity, Merton Vision and SeeAbility all dug deep and raised money for GLFB. 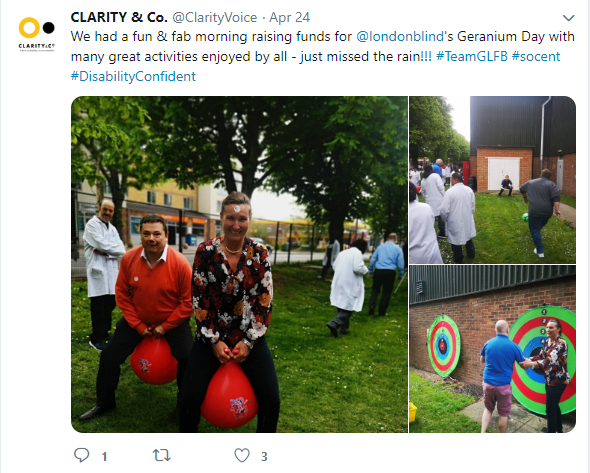 You may ask why choose the geranium for the symbol of GLFB? Well… The geranium is known as the Victorian flower of determination, in 1922 there were few facilities available to blind and partially sighted people and GLFB and its member charities were determined to change this. Today the geranium remains as a positive and powerful symbol, which unlocks the potential our capital has to offer to blind and partially sighted Londoners.

If you would like to support Geranium Day, please consider making a donation to the GLFB by clicking here or contact Rebecca for more details on rclarke@glfb.org.uk. 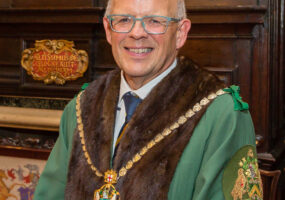 With this appointment we are cementing a new relationship for years to come, as subsequent Masters of the Worshipful Company will also have the opportunity to take on the role of Vice President.... 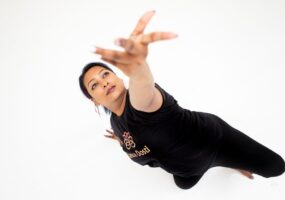